LED lighting affects the behavior of insects and birds 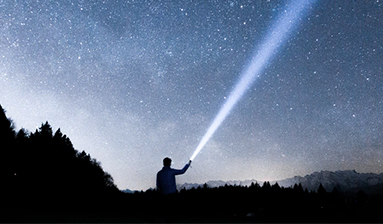 As LEDs replace traditional bulbs that attract mosquitoes, insects do not seem to hang around street lights for a long time when it is dark, which means that some local bat colonies are losing their lighting dinners. In fact, scientists discovered that light-sensitive bats would benefit, while opportunistic bats would lose their midnight snacks.

The research included installing bat recorders on 46 street lights in several cities in Germany to detect bats through echolocation. After installing the LEDs, some bats fell nearly half, but the frequency of light-sensitive bats, which are usually attracted by artificial light, increased by 4.5 times.

It is not only bats that are affected. According to a research report published by the Ecological Society of America (ESA) in "Ecological Applications", short-wavelength "blue" light can affect animal behavior. In this case, the study concluded that LED attracts nearly 50% more night invertebrates than other light sources. As a result, invasive alien species may be attracted to urban areas! Ports and commercial ships.

Another study concluded that artificial light, especially LEDs, change the behavior of birds, which may have a negative impact on biological rhythms, daily activities and reproduction. The behaviors of some birds in the study included sleeping less, waking up earlier, and leaving the nest more frequently. In fact, light has such a powerful biological influence that it causes foraging, sleep, migration, immune response, changes in cortisol, testosterone and melatonin levels, and glucose metabolism at night.

For more research, the question was asked, "Is this so important to know?" I rolled my eyes and sighed deeply. In this case, yes, you really need to know. The data collected in this type of research may also be relevant to research involving human species, but even for insects and birds, research data is important. How to increase egg production? Why do insects move and stay in certain areas but not others? Bats and frogs symbolize the health of rural areas-messing up their food sources may be an important factor.