1. The longest used LED flashlights are low-power LEDs and straw hat-type LEDs. Straw hat-type LEDs generally have low brightness, about a few lumens, and higher ones may have twenty or thirty lumens, which are relatively cheap and have low brightness. The most commonly used are high-power LEDs, which are divided into domestic and imported. The domestic LED is cheap, but the brightness, craftsmanship, and light color consistency are not good in all aspects. When used in flashlights, they are generally used as low-end flashlights. High-end flashlights generally use imported LEDs. 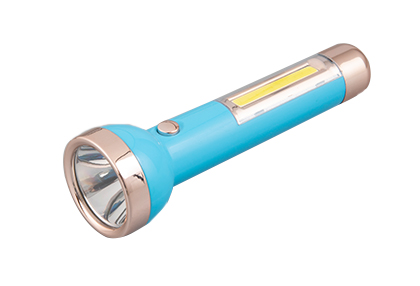 2. XENON yellow light xenon. Looks like a halogen bulb. It is more common in early flashlights, and there are also now, the price is lower, but the life of the light source is shorter, generally tens to hundreds of hours of continuous lighting, which can not be compared with LED, but many friends like the adaptability and warmth of this light source Light, reliability is also good.

3. HID (High Pressure Gas Discharge Lamp): It is a snow-white lamp used in automobiles. The brightness is currently the highest. The higher model has thousands of lumens, but it is made into a flashlight, which is large in size, slow in starting, and only has an LED lifespan. a few tenths.

4. Halogen bulbs: Common in household flashlights (such as tiger heads), the price is cheap, and they are generally warm light.