lED is a new type of flashlight. It has been introduced […]

lED is a new type of flashlight. It has been introduced since the advent of white LEDs. However, due to the low brightness and high cost of white LEDs, it can be said that such products have always been in the "laboratory stage". Dare to ask, there is a small amount of promotion on some military products. With the improvement of the brightness of white LEDs and the reduction of costs, it has gradually become like the masses. The increase in brightness is mainly due to the appearance of ITO, and the brightness has almost doubled. In terms of price, due to the improvement of the production process, it is also much cheaper.
Semiconductor lighting is called the fourth-generation lighting source. It can be said that it is a new generation of replacement products. Its cost is much higher than that of ordinary bulb flashlights, but it has a long life. In terms of energy saving, I do n’t know how many ordinary light bulbs are used. LED flashlights range from 1W-5W. When it comes to energy saving advantages, aside the flashlights, LED's current market products are between incandescent and fluorescent in terms of energy consumption. But it is absolutely environmentally friendly and pollution-free. Long life is a recognized advantage of LEDs, but LEDs on the market for flashlights can be said to be uneven, and there are too many details in this regard, so I wo n’t repeat them here. 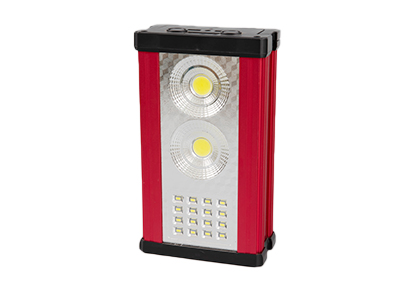 Another fatal shortcoming of LED flashlights (shortcomings that are not easy to find by ordinary people, from a technical point of view, I have said good and bad here), the color rendering index is low! The color displayed under LED illumination is not as real as that of an incandescent lamp. This should be analyzed from the spectral distribution, which is a technical problem and will not be repeated.
There is also a disadvantage, the light spot, due to the defects in the manufacturing process of the white LED itself and the matching error with the reflective cup or lens, it is easy to cause the "yellow circle" problem. Some manufacturers do not consider the device quality and coordination issues, completely copied other manufacturers' products, flooded the market with poor quality LED flashlights, and seriously damaged the reputation of LED. I am deeply indignant here, with Jiangsu, Zhejiang and Shenzhen as the most. There are too many fake and shoddy products. The quality of LED flashlights on the Internet can be imagined. Of course, a good quality flashlight will not.

0
PreviousPosts: Attention should be paid to the purchase of flashlight      NextChapter: Is it better to use energy-saving lamps or LED lamps?